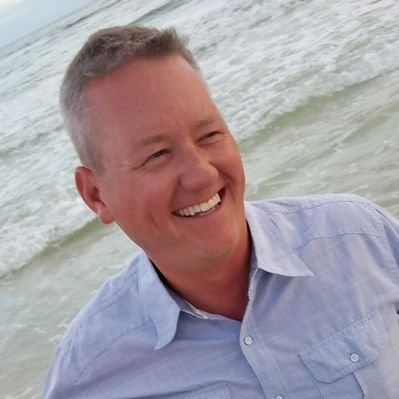 I have been in education since 2000 and taught high school English at Triad High School in Troy, IL, until 2017. At that point, my role changed as I became one of two Technology Integration Coaches in my district. Since then I have become a Google Certified Trainer and was a member of the #LAX18 Google Innovator Academy in Venice, CA, in 2018. I am experienced in web app development using HTML, CSS, and JavaScript as well as Google Apps Script, and my Google Innovator Project is an app to help teachers incorporate game elements in the classroom. I also co-created an innovative individualized PD program in my district and a Google Certification game to help teachers at Triad and districts around me get more Googly. I am also the president of the Southwest chapter of the Illinois Computing Educators (ICE), a co-founder of the Southern Illinois Google Educator Group, and I have presented at numerous conferences in the Midwest including IETC, METC, and ICE in 2018 and 2019.

One of my goals as a veteran educator has always been to find and use technology in my classroom that makes my life easier and helps my students learn. In 2008, I discovered Google and what it could do for me. Opening that door has brought me to new and exciting places in the technology world, Google and beyond. Now, as a Tech Coach, I have been given the unique opportunity to facilitate teachers in my district as they expand their digital horizons and take on new and innovative tools in their own classrooms. And I'd like to help you do the same.

My goals haven't changed, but now I am here to help make G Suite and other online learning tools a part of your teaching life. I'll do my best to help out through instructional videos, tech spotlights, Tweets, online and one-on-one help, and group professional development sessions. Please contact me at THIS EMAIL if you would like to find out about Google Training in your school.

In May of 1884, Mark Twain attempted to learn how to ride a bicycle. This seems like an unimportant event except for the fact that at that time, bicycles were a brand new invention, and they were not the kind that we think of today. Instead, they were the antique high-wheel bikes with the giant front wheel and the smaller wheel in the back. They were notoriously difficult to ride, and the punishment for failing to stay upright was a bit more painful than it is today.

As a result of this less-than-happy moment in his life, Twain wrote a short essay titled "Taming the Bicycle" which he never liked and therefore never published. It wasn't made public until seven years after his death. In it he discusses the trials and tribulations of learning to ride. Over the span of a few weeks, and a short stint in the hospital, Twain does improve. He learns to mount the beast on his own, stay upright, and voluntarily dismount. He even learns to avoid hitting the neighborhood dogs who follow him during his adventures.

So why is this story the inspiration for this website?

Twain attempted to learn something new and frightening. He could have easily lived his life without ever learning to ride a bicycle. However, he took on the challenge of expanding his horizons and improving his ability to get from point A to point B. Even if it was painful at first.

This is exactly what teachers feel when they venture into the world of new technology. It seems unnecessary, difficult, and sometimes painful, but once the goals are achieved, the finished result is rewarding.

Similarly, Twain acknowledges that he could not have ridden that bicycle without help from his teacher. He writes:

"The self-taught man seldom knows anything accurately, and he does not know a tenth as much as he could have known if he had worked under teachers..."

This is where technology coaches come into play and are a vital part of a school environment. Could he have learned how to ride without help? Absolutely, but it would probably would have been a longer, more painful and more frustrating experience. Even after all of the ups and downs, rising and falling, in the end, Twain tells his readers to "Get a bicycle. You will not regret it, if you live."

I look forward to helping you in any way I can. See you soon!